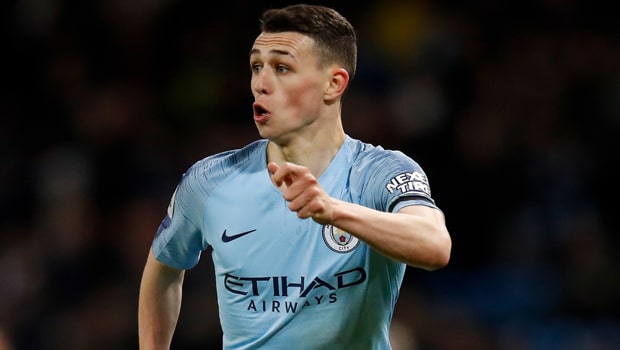 The teenager earned his first Premier League start on Wednesday as the champions leapfrogged title rivals Liverpool by defeating Cardiff City at the Etihad Stadium.

Foden has played 24 times this season for Man City and continues to impress his manager, who feels he has a bright future.

“Even though he is a young player he is able to do everything. Every game he creates chances,” said Guardiola.

Foden – at 18 years and 310 days – became the youngest English player to start a league game for Man City since Daniel Sturridge in January 2008.

Guardiola labels him an “exceptional” talent and while he is going up against some truly world class operators for a spot in the City team, the Spaniard believes in the ability of Foden to make his mark.

“He is an exceptional player but at the same time it is not easy for him, playing in David Silva’s position, Kevin de Bruyne’s position, with Ilkay Gundogan and Bernardo Silva,” said Guardiola.

“But he has passion and he wants to be here. We are delighted he is here. I assure you next season he is going to play more minutes than he has this season, and that is the process – you know, calm, and [nearly] 19 years old.”

Man City are 1.13 to defeat Brighton in Saturday’s FA Cup semi-final at Wembley. The Seagulls are 21.00 to stun Guardiola’s star-studded side while the draw is 9.00.