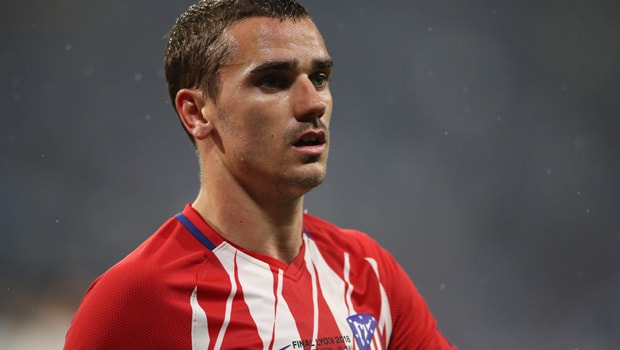 Antoine Griezmann has confirmed his decision to reject a potential move to La Liga champions Barcelona and stay with Atletico Madrid next season.

The France international announced his decision on a television documentary called ‘La Decision’, shown on Spanish television on Thursday evening.

Griezmann had earlier this week told the press it was ‘not the right time’ to reveal his future plans, while confirming he had already made his decision.

It seems he wanted to clarify his future before France’s World Cup opener against Australia on Saturday. “I have decided to stay,” he said at the end of the Spanish programme.

Griezmann joined Atletico from Real Sociedad in 2014 and has scored 112 goals in all competitions for the club.

He found the net 29 times last season for Atletico, including two in the Europa League final win over Marseille, as Diego Simeone’s men finished second behind Barca in La Liga.

Barcelona have been in pursuit of Griezmann since Neymar left for Paris Saint-Germain last summer.

Atletico reported the Catalan club to Fifa over an alleged illegal approach for their prized asset in December.

Just last month, Atletico said they were “fed up” with Barcelona over their pursuit of Griezmann, after president Josep Maria Bartomeu said he met with the forward’s agent earlier this season.

Griezmann, who is under contract for four more years in the Spanish capital, tweeted “my fans, my team, my home” after the decision was announced.

Media reports have circulated suggesting that two alternate endings were recorded for the documentary in April, one stating he was staying at Atleti, and another declaring he was leaving.

Griezmann is 11.00 to be leading goalscorer at the World Cup in Russia, while France are 7.50 to win the tournament.