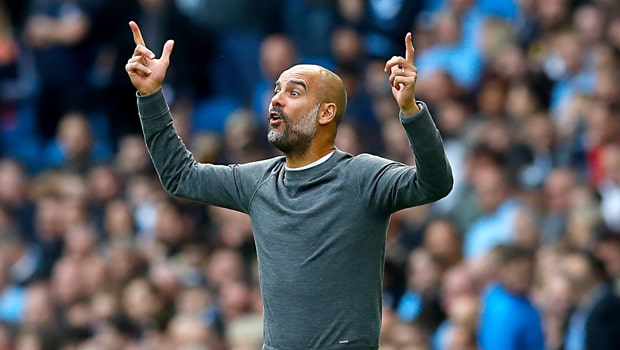 Pep Guardiola feels Manchester City are ‘not ready’ as a club to win the Champions League.

The Spaniard appeared to be agitating for the City fans to alter the lukewarm attitude towards European football, though he also feels the squad needs more experience.

City visit Shakhtar Donetsk on Tuesday night, with the Premier League champions currently second in Group F, one point behind Lyon and one ahead of their Ukrainian opponents.

Manuel Pellegrini is the only manager to guide City beyond the last-eight in the Champions League, with Guardiola’s team eliminated last year by Liverpool.

Having guided Barcelona to two Champions League titles, the current incumbent knows what is required, and Guardiola is far from certain that City have it.

“In this competition you need something special, and still I don’t feel it. I saw last season we are still not ready to win it. That’s what I feel,” he said.

“That doesn’t mean we are not going to try but to win this competition it’s not enough just to have desire, or wanting to win.

You have to have many circumstances, have experience and still we don’t have enough in some moments.

“That’s not enough that the manager wants to win it, it’s not just the players. You have to have the desire – the club, chairman, owner, the fans, everyone has to push to be closer, to achieve the next stages. When it happens, everyone will feel it.”

City supporters have routinely booed the Champions League anthem at the Etihad Stadium in recent seasons and their manager is calling for a change in attitude, for the betterment of the team.

“It’s one important thing to win this kind of title, you have to be pushed, not just by the manager, by everyone surrounding Manchester City that we have to win it,” Guardiola added.

“And still we don’t have that feeling – the feeling that the fans are pushing that we have to win the Champions League.”