City must be ‘incredible’ to conquer Europe 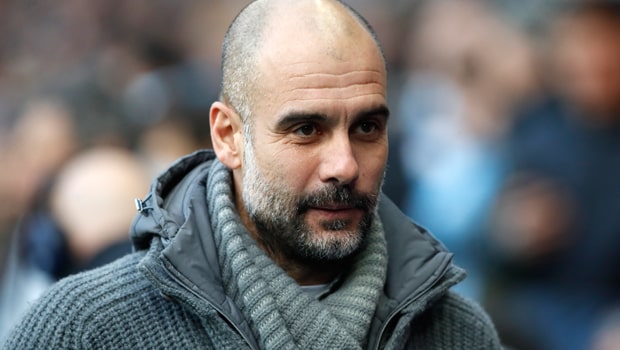 Pep Guardiola has challenged Manchester City to be ‘incredible’ in everything they do if they want to win the Champions League this season.

The English champions kick-start their knockout stage bid with a trip to Germany to face Schalke in the Veltins Arena on Wednesday evening and scoring an away goal is the “minimum” target according to Guardiola.

The Spaniard twice won the Champions League with Barcelona but Europe’s top trophy eluded him during his stint as Bayern Munich boss.

Many are suggesting his tenure as City manager will be defined by his ability to bring European glory to the Etihad Stadium.

With City still in the hunt for four trophies this season, Guardiola admits they cannot afford to let their foot off the gas anywhere.

“We have many dreams in our head. It’s important to score goals – the minimum one goal – but you can’t go through if you are not yourself if you don’t do your best performance,” he said of the trip to Schalke.

“If you want to dream, go through to the last stages, every single second you have to be incredible – impose your game, to be ourselves. That is what I want to feel.”

Having finished as runners-up in Germany last season, Schalke currently find themselves toiling in 14th spot, but Guardiola is not about to underestimate them.

“I think the quality is there. I know Schalke are always fighting. From my period here, the expectations are high,” he added.

“They could not always accomplish it but last season they did it, qualified for the Champions League. That is an incredible success.

“It is two games – the quality is there. [People say] ‘City are top of the league, City have to win – how many? Four? Five?’ That is not going to happen.”