Andy King not giving up on Foxes future 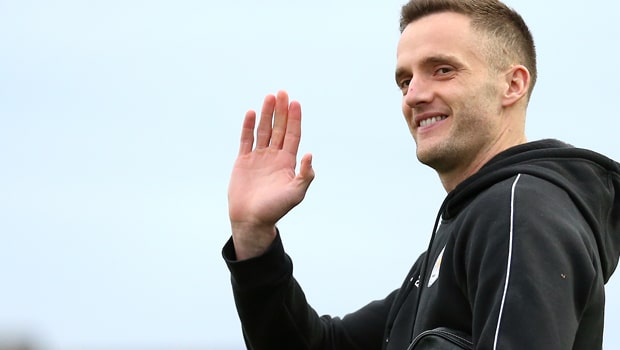 Andy King has not given up on his future at Leicester City despite heading out on loan to Derby County for the remainder of this season.

The experienced Wales international defender has more than 300 appearances for the Foxes but has been shut out by boss Claude Puel in recent times.

King spent a loan spell at Swansea last season and might have relocated to his homeland had they not been relegated to the Championship.

He is now attempting to help Frank Lampard’s Derby push for promotion to the top tier but, with a year remaining on his Leicester contract, King says he has not given up on resurrecting his career back at his parent club.

“That is down to me to see how well I can do between now and the end of the season,” he said.

“I’m here to do as well as I can and hopefully help get the team promoted, and see what happens in the summer.”

The 30-year-old admits that playing Premier League football for as long as he possibly can is the key aim, be that with Derby or back at Leicester next term.

“You always want to play at the highest level you can,” he added to Derbyshire Live.

“For me, that is obviously playing in the Premier League. Whether that can be with Derby, hopefully if the end of the season goes well, then why not. Derby are 6.00 to earn promotion from the Championship this season.