Jurgen Klopp: Final pass was ‘not our friend’ 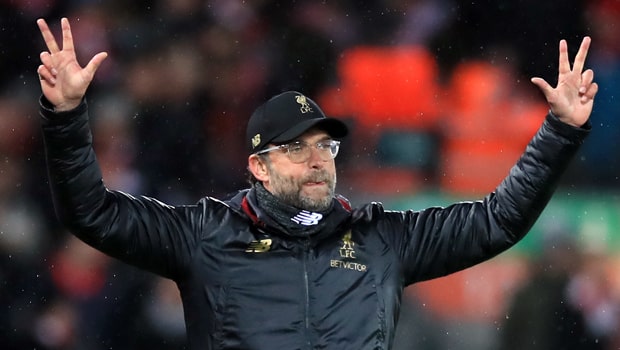 Jurgen Klopp felt a mixture of Bayern Munich’s quality defending and Liverpool’s failing with their final pass led to their stalemate at Anfield in the Champions League.

The Reds were held scoreless by the Bundesliga champions in the last-16 first leg clash on Merseyside despite the home side fashioning some good openings in the first half.

Sadio Mane in particular will feel like he might have broken the deadlock when dragging a shot wide after the ball broke to him eight yards from Manuel Neuer’s goal. As it was there were no goals and Klopp admits the game did not live up to the hype.

“[There was] a big ballyhoo before the game and then not really a lot of things happen in the game. But it was an intense one. You saw the respect both teams had for each other,” said the German.

“[Bayern] made life a bit uncomfortable, obviously. But in the first half we still had the chances and, as it always is, a goal would have changed the game a bit.”

Liverpool’s front three of Mane, Mohamed Salah and Roberto Firmino were below their best on the night and the Reds boss concedes they simply did not do enough in the final third to warrant a breakthrough goal.

“Our problem was on one hand the quality of the opponent and on the other hand our last pass was not our friend,” Klopp added.

Last season’s beaten finalists, Liverpool, are 11.00 to win the Champions League this term.