Bernardo Silva: City have the edge 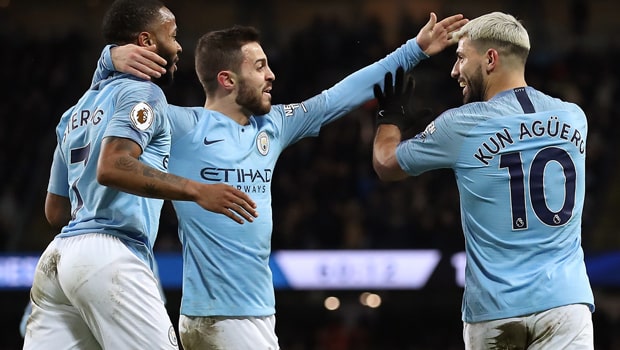 Manchester City midfielder Bernardo Silva insists his team have the edge over Liverpool in the title race due to their recent experience.

The Citizens returned to the top of the Premier League table on Wednesday night after a 2-0 win against Everton.

Pep Guardiola’s men sealed the three points thanks to goals from Aymeric Laporte and Gabriel Jesus although rivals Liverpool have a game in hand.

However, City have taken great confidence from their rise up the table after being nine points behind the Reds after Christmas.

When asked about his team’s chances, Silva insists they have the mental edge going into the final 12 games of the season.

He told reporters: “We know what it means to win. We are still the champions and we know what we have to do to win it, but it doesn’t matter a lot. “A few days ago, we thought we had lost the Premier League.

Now we are top of the league, even if it is because we have played one game more.

“It is good to be back in the race and we will do our best to win all our games and do our job.

That is the most important thing for now. We have three points more and it puts a bit of pressure on, not just for Liverpool but for Tottenham as well.

“We are still in four competitions, we are still fighting for all of them. That is what we want to do until the end of the season.”

City are now 1.67 favourites to win the title while Liverpool have dropped to 2.20.