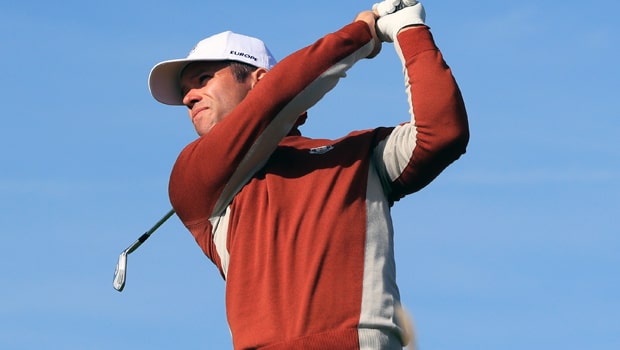 Paul Casey will take a three-shot lead into the final day of the AT&T Pebble Beach Pro-Am after carding an impressive round of 67 on Saturday.

The Englishman, who is priced at 1.70 to win the event, had held a share of the lead heading into Saturday’s action, but a consistent round that saw him record six birdies and just one dropped shot was enough to pull him clear of the chasing pack and onto 15-under-par for the tournament.

It is the first time in 16 years that Casey has played at the iconic Pebble Beach venue and he admits he has been learning on the job throughout this week’s event.

“Every time I play Pebble, I learn a little bit,” the world number 24 said.

“I don’t know this place as well as other classic venues that we play, so every day’s a bit of a school day.”

Phil Mickelson is Casey’s nearest rival, as a round of 70 was enough to leave him three shots off the lead and still in contention to win a record-equalling fifth title at Pebble Beach.

However, the experienced American knows it will be difficult for him to chase down Casey during Sunday’s final round, while he is also wary of the threat from the chasing pack.

“Usually, the winner comes from groups in front of the last group, so it will be a challenge for us to keep pace,” Mickelson, who will play in the final group alongside Casey, said.

“And obviously Paul’s playing some great golf, so he’s going to be tough to catch no matter what.”

Scott Piercy and Lucas Glover sit just two shots behind Mickelson, while Brian Gay and Matt Every could also mount a late charge, as they are just a shot further back.