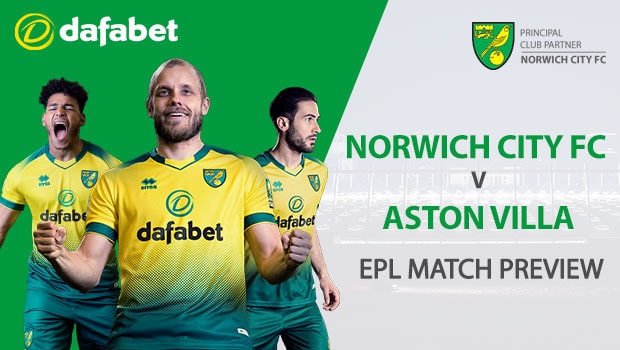 Always a good Premier League slate with Norwich City in the mix. They match up this Saturday with Aston Villa at Carrow Road and AccuScore simulations have some value picks in this one.

Draw: There’s a 26 percent chance this match ends in a draw. That happens in under 24 percent of simulations, suggesting no added value on the pick.

Bad Defense: Norwich City are second in the league in goals conceded (16).

John McGinn has a 27 percent chance to score for Aston Villa. He averages 2.76 shots overall per sim, 1 shot on goal per and 0.31 goals per sim.

Teemu Pukki has a 63 percent chance to score for Norwich City. He averages 3.57 shots overall per sim, 1.67 shots on goal per and 1 goal per sim.

Picks indicate Norwich have a 44 percent chance to win this matchup. They win 51+ percent of simulations, suggesting some added side value on the pick. This is a four-star (out of four) hot trend pick.