Barcelona In Talks With Sergio Aguero 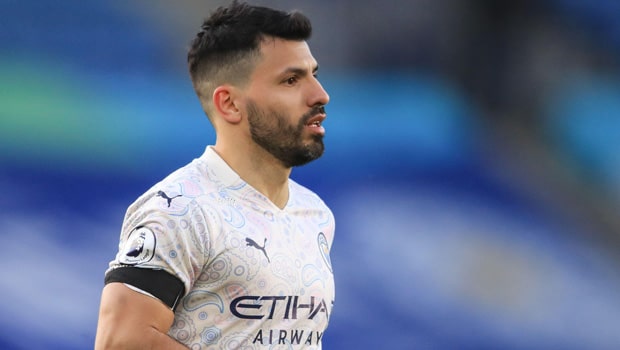 The 32-year-old Argentinian striker is Manchester City’s highest and record goalscorer as well as the highest-scoring overseas player in the Premier League.

He will leave the Etihad Stadium side in the summer when his contract expires after he failed to secure a contract renewal with the blue half of Manchester.

With 258 goals in 388 games for Manchester City, Aguero will be a value addition for Barcelona on a free transfer basis.

The Los Blancos were five points behind Atletico Madrid before the game after Atletico defeated Real Sociedad 2-1 on Wednesday evening.

Luka Modric opened the scoring for Real Madrid in the first half in the 17th minute before Rodrygo made it 2-0 before half-time.

Jorge Molina scored and pulled one back for the home side in the 71st minute but two quickfire goals from Alvaro Odriozola and Karim Benzema in the 75th and 76th minute ensured the comprehensive win for Zinedine Zidane’s men on the night.

The win puts Real Madrid within two points of Atletico Madrid with two matches left to play in this season Barcelona in the third position with 76 points, four points away from the top.

In other matches, two second-half goals from Gerard Moreno in the 68th minute and Etienne Capoue in the 90th minute secured a 2-0 win for Villarreal against Real Valladolid.