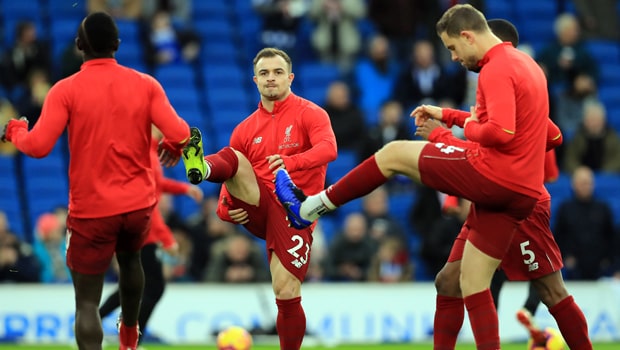 Xherdan Shaqiri says that Liverpool’s achievements this season have come about as a result of the squad’s “togetherness and resilience”.

However, they have the chance to end the season with silverware, taking on Tottenham in an all-English Champions League final in Madrid on June 1.

They booked their place in the final after a remarkable turnaround against Barcelona in the semi-finals, losing 3-0 in Spain but winning the return leg at Anfield 4-0.

The squad are now in Marbella on a training camp ahead of the final and Shaqiri says that will add to the bond they have together. He told Liverpoolfc.com: “This is the most important thing for a big group, to have togetherness.

“Altogether, we can achieve a lot – and we saw that in the games, especially against Barcelona. “We had a few players who didn’t play, so we showed our togetherness is very strong. That’s very important to have always, especially for this game coming up too.

“It’s always good to go to a training camp altogether, to stay all day together, to enjoy the sun, to train hard and for the group, it’s always important to stay together.”

It has been a good first season for Shaqiri after his move from Stoke last summer. The Switzerland international has made 24 Premier League appearances for Jurgen Klopp’s side and has featured four times in Europe, including the famous victory over Barca at Anfield.

Liverpool are 1.95 to lift the Champions League trophy next weekend with Tottenham 3.80. The Europa League is also an all-English affair, with Chelsea 2.38 to win the final and Arsenal 3.10.