Virgil Van Dijk says Reds can go for it 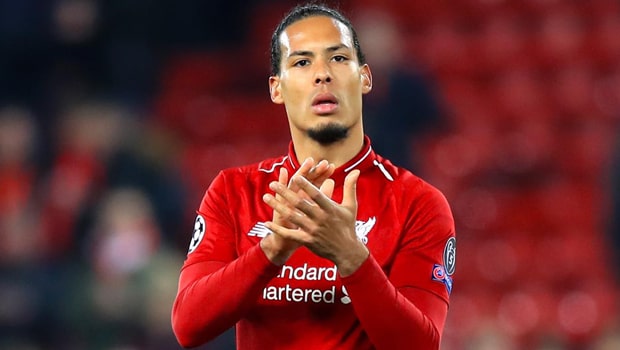 Virgil van Dijk has called on his Liverpool team-mates to forget about Manchester City and focus on themselves as the Reds look to make history in the next month.

Liverpool will lean on their defensive rock once more at the Estadio do Dragao on Wednesday in the Champions League quarter-final, second leg – which could be one of just eight games left for Jurgen Klopp’s side.

Liverpool, who hold a 2-0 advantage over Porto, would face Barcelona over two legs should they progress and many would fancy them to go through to their second successive Champions League final.

But Van Dijk doesn’t want anyone in the red half of Merseyside to get carried away and has urged Liverpool, who are 1.73 to win their first domestic title in 29 years, to go for it in every game during the run-in.

“It is going to be tough, but it is a great time to be a Liverpool player,” Van Dijk said.

“And if you think about it, what is eight games? You have to believe. You know, just go for it. We want to reach the final again because that is what we are all here for.”

Van Dijk is expected to line up alongside Joel Matip again on Wednesday as Liverpool will be without defender Dejan Lovren for the trip to Portugal.

Alex Oxlade-Chamberlain is also not yet available as he returns from a long-term injury. Captain Jordan Henderson – forced off in Sunday’s 2-0 win over Chelsea with an ankle problem – was on the plane to Portugal after training at Melwood on Tuesday.

Fellow midfielder Adam Lallana, who has missed the last three matches with a muscle injury, was also included in the squad, as was Joe Gomez, who is yet to make his comeback after breaking a leg in December.