Europe the target for promoted Wolves 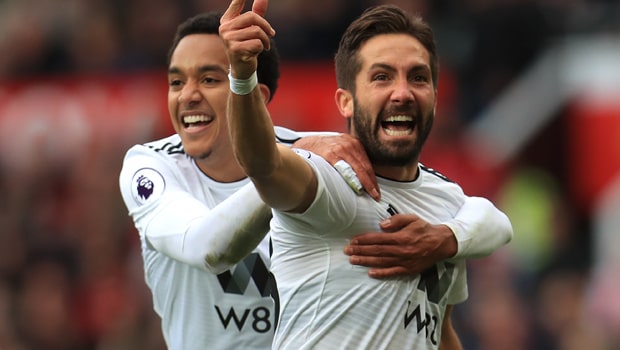 Joao Moutinho feels Wolves are legitimate contenders for European qualification after their strong start to the season.

The Molineux club secured promotion to the Premier League last season by landing the Championship title and have impressed in the opening weeks of the campaign. Wolves currently sit seventh with 15 points from eight games so far.

Spurs in fifth currently hold the only guaranteed Europa League spot, but seventh has been good enough for Europa League qualification in each of the last four seasons due to results in the cup competitions.

The Midlands outfit host Watford on Saturday and Moutinho has urged his side to hit the ground running as the league resumes after the international break.

“Wolves are an ambitious project and I want this kind of ambition, this kind of project,” the former Monaco midfielder told the club’s official website.

“The club, the team, the staff wants to go on to the next level and I came to help this situation.

“It is unbelievable what they did and how good they played last year, and I think with the new players it can help the team to achieve more things.

We are seventh and we are only three points off Europe, but we know the other teams can catch us.

“We need to continue to do the good work because the most important thing is to think we can stay good, but we need to work more and more to improve, because we know the next game is very difficult.” Wolves are 1.80 to beat the Hornets or 6.00 to win 1-0.