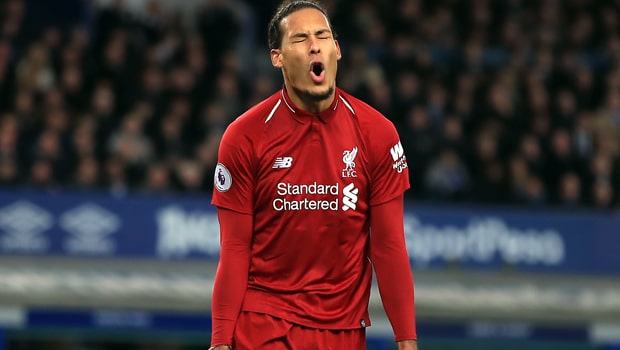 Virgil van Dijk believes Liverpool are capable of challenging on two fronts this season ahead of their return to action next weekend.

The Reds, who are priced at 3.20 to win the Premier League, have enjoyed an incredible season and could still finish 2018-19 as both Premier League and European champions.

Van Dijk has been key to their improvement and is being touted as a potential candidate to win the PFA Player of the Year award. He admits it’s nice to be in the mix for such a prestigious accolade but insists he isn’t certain if he will even vote for himself.

Van Dijk said: “It’s nice if people talk about me for Player of the Season – there are a few players who have doing outstandingly well in the Premier League.

“And I’m not sure [if] I will vote for myself – we will see!” The defender is keen to focus on the squad as a whole in the meantime and they are gearing up for a return to Premier League action against Tottenham on Sunday.

Liverpool head into the clash sitting top of the Premier League, two points clear of Manchester City, but they have played a game more than their rivals.

They also have a Champions League quarter-final clash with Porto to come next month and are fancied to go deep into that competition, having reached the final last season.

The Dutch international admits it is going to be a tough few months but feels they are capable of challenging in both competitions. “With Liverpool, we are where we want to be. Everything is positive,” he said.