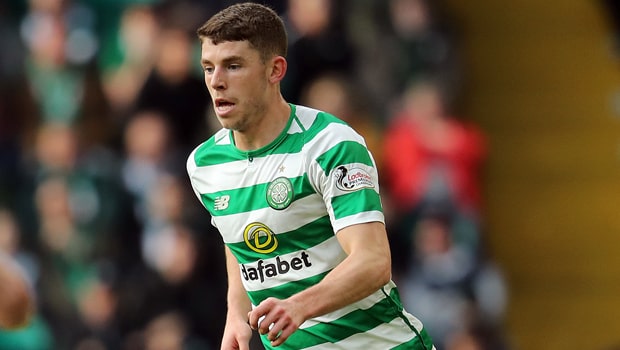 Celtic’s Ryan Christie admits it has been frustrating to watch on from the sidelines in recent weeks but hopes to play his part in the latter stages of the season.

The midfielder has been unavailable due to a hamstring injury since limping out of the 4-1 victory over Motherwell on February 24.

Celtic have managed to cope in his absence, despite losing manager Brendan Rodgers, and they sit 10 points clear of second-placed Rangers.

Neil Lennon’s arrival doesn’t appear to have disrupted their flow and Christie is excited to play under the new manager.

Christie said: “He’s been brilliant. I think all the boys have agreed with that since he’s come in.

“Within a couple of days he pulled me aside to have a chat and get to know me a bit, and likewise me with him. “That was nice, now I’m desperate to get my first taste playing under him.”

Christie is hoping to get back into the squad before the end of the season but admits he is still a couple of weeks away from returning to training.

He added: “When you finally overcome the first part and manage to get yourself back out and start running again, it’s always nice.

Hopefully I can start trying to get back into a rhythm again and hopefully join training in the next couple of weeks and then really kick on.”

Celtic have the opportunity to extend their lead at the top of the standings on Sunday when they host rivals Rangers.