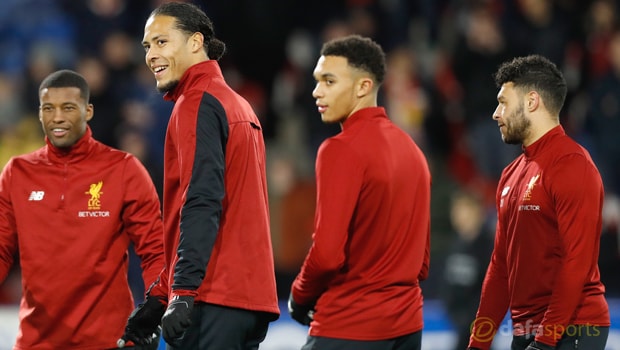 Virgil van Dijk believes he is now adapting to the extra demands of being a Liverpool player following his January move from Southampton.

After missing out on the deal in the summer, the Dutchman struggled with form and fitness during the first half of the season but eventually sealed his £75m switch to Anfield.

The 26-year-old already appears settled on Merseyside, starting the last four games for Jurgen Klopp’s side, three of which have ended in victory.

Liverpool currently sit third in the Premier League table and look well on course for a second straight top-four finish but they are by no means done in this season’s Champions League, having crushed Porto 5-0 in the first-leg of their last-16 tie.

Van Dijk admits he was surprised by the extra pace that Klopp’s men are famed for playing with but believes he has now made the necessary adjustments to ensure he remains a key cog in the side.

“I am getting used to how we play. The intensity of our game is a lot higher than what I was used to,” he told the BBC’s Football Focus.

“Every day here is tough. We work very hard, run a lot and there is a big difference. I needed to step up my game, especially in the beginning.”

Liverpool are currently 11.00 to win the Champions League, with domestic rivals Manchester City the 4.00 favourites ahead of Barcelona and Bayern Munich, both of whom are priced at 5.50.