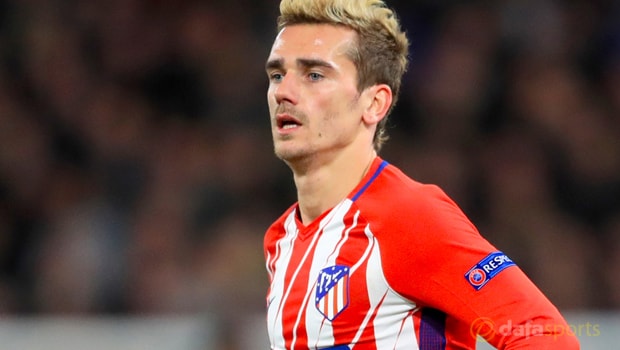 Antoine Griezmann has set his sights on victory at the Nou Camp on Sunday, after starring in Atletico Madrid’s 4-0 win over Leganes.

The Frenchman scored all four of his side’s goals on Wednesday to maintain the pressure on Barcelona, who travel to Las Palmas on Thursday evening.

While city rivals Real have faltered, Atleti have been the model of consistency, with their battling style allowing them to fly under the radar.

Wednesday’s win made it eight in a row for Diego Simeone’s men and they now turn their attention to Sunday’s game in Catalonia.

Atleti famously clinched the La Liga title at the Nou Camp on the final day of the 2013-14 campaign and will not be intimidated, especially with the Blaugrana complaining about the current fixture pile-up they are experiencing.

A win for Los Colchoneros would significantly close the gap between the pair, while victory could land a psychological blow on Barca, who are still to taste defeat in La Liga.

Griezmann says his side are confident they can triumph at Nou Camp for the first time since 2006, admitting their goal is to win every game between now and the end of the season.

He said: “It’s important as we now go to Barcelona and we are aiming to take a positive result from that match.

It’s one of our 13 remaining matches which we are looking at and we want to win them all.

After being knocked out of the Champions League before Christmas, Atletico are currently the 3.25 favourites to win the Europa League, with both Borussia Dortmund and Arsenal available at 6.50.