Van Dijk: Winning the quadruple is a dream 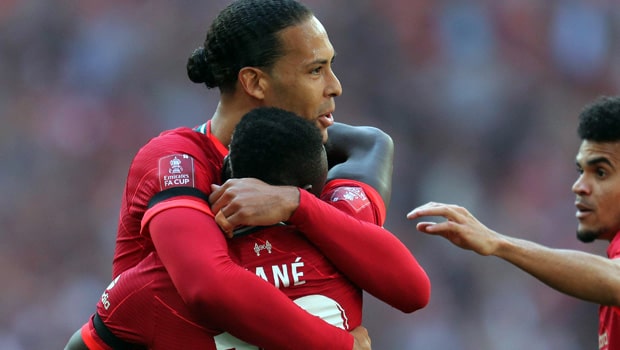 Liverpool defender Virgil Van Dijk has implied that Liverpool winning the quadruple this season is near impossible but the possibility of it happening will be a dream.

The Reds kept their hopes of a quadruple alive with a 3-2 win over Manchester City in the FA Cup semifinals at the weekend. Jurgen Klopp’s side will now play Chelsea in the final at Wembley stadium in May and has won the Carabao Cup. They could do the Cup double with a victory.

However, they could go two further as they are just a point behind Manchester City in the Premier League, a team they played a 2-2 draw with the weekend before. That result kept the title race open, with both teams having seven games left.

Their UEFA Champions League race is also on after seeing off Benfica on a 6-4 aggregate win. Liverpool won the first leg 3-1 and 3-2 in the second leg at Anfield.

They will play Spanish side Villarreal in the UEFA Champions League semifinal. The Yellow Submarines got past Bayern Munich in the quarter-finals.

While Jurgen Klopp says that the team will take the rest of the games as they come, the team’s skipper Virgil Van Dijk believes that thinking about the quadruple could pressure the team.

“All this talk about quadruple or Treble is from the outside world and could put extra pressure on us, It is something that everyone would dream about, to win every competition you participate in, but we will see what it brings. Anything can happen with other teams as well.” Van Dijk.

Liverpool’s next set of games is crucial with a UEFA Champions League semifinal against Real Madrid. Still, before that, they will play Manchester United on Tuesday while it’s a Merseyside derby at the weekend against Frank Lampard’s Everton.