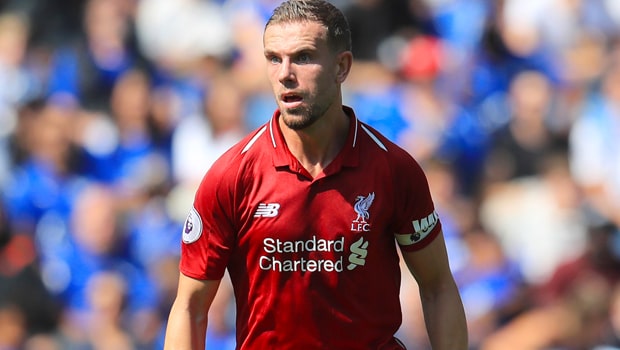 Jordan Henderson believes the current Liverpool side are playing some of the best football he has been involved in, but he admits they must add silverware to validate their progress.

The Anfield men are top of the Premier League pile having won their first four games.

Liverpool are being roundly put forward as the biggest challengers to champions Manchester City this season and Henderson is happy with their progress.

Former Liverpool captain and manager Graeme Souness said this week that the current team is the best since the title-winning side of 1990.

Henderson feels the progress Jurgen Klopp has made as boss is evident, but the England midfielder knows that they must put something tangible on the board to show for it.

“Some of the football over the last year is up there with the best I have been involved in, if not the best,” he told Sky Sports.

“We have had some fantastic players, the likes of Stevie [Gerrard], [Luis] Suarez and [Philippe] Coutinho, but now as a team everybody is right at it and that comes from the manager.

“Since he has come in we have been going in the right direction and now it’s about taking the final step and winning silverware. That’s massive for us.”

Solidity at the back is something Henderson knows will be vital if they want to mount a title challenge this season.

“To win titles you need to be very good defensively, if not the very best,” he added.

“You always know our attacking threat will hurt the opposition and score goals, so for us as a team it’s about defending properly and that’s everyone from the goalkeeper to the striker. That is what we have been doing.”

Liverpool are 2.30 to make it five successive Premier League victories by accounting for Tottenham at Wembley on Saturday. Spurs are 3.00 while the draw is 3.60.