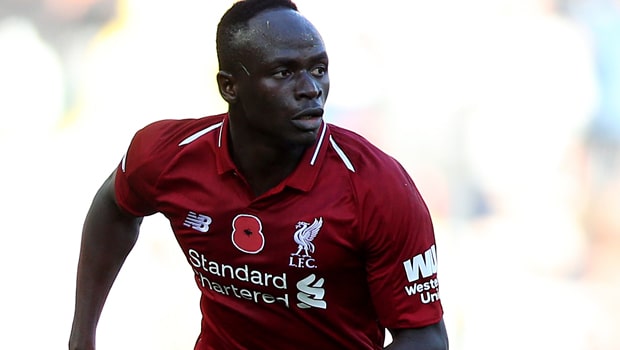 Sadio Mane is convinced summer arrival Naby Keita will establish himself as a key player for Liverpool in the weeks ahead.

Keita has struggled to make a real impact since making the move to Anfield from RB Leipzig.

The Guinea midfielder has also seen his progress hampered by injury and made a return as a late substitute in the win over Fulham last time out after a five-game absence with a hamstring problem.

Mane played alongside Keita for a brief period four years ago at Red Bull Salzburg in Austria and he has no concerns regarding the 23-year-old’s ability.

“I always said, I knew Naby since Red Bull Salzburg because we played together. He is a great player and also young; he still has a lot to learn and improve,” Mane told Premier League Productions.

“When he came he surprised everyone but not me, because I know him. I’m sure he will do great things for us.

Now he is back with the team and we are happy to have him. I’m looking forward to seeing him helping the team as he can.”

Liverpool have made a very strong start to the season with 30 points from 12 games so far and are just two points behind leaders Manchester City.

However, Mane says there is more to come and expects the Reds to grow stronger as the campaign progresses.

He added: “We could do better – that’s part of football. We’d love to do better for the team and the club. We have had a better start than last season, now we have important games coming and we’re going to try to do our best.”

Liverpool are 4.75 to win the Premier League title and 2.20 to win at Watford with a -1 handicap in their next league outing.