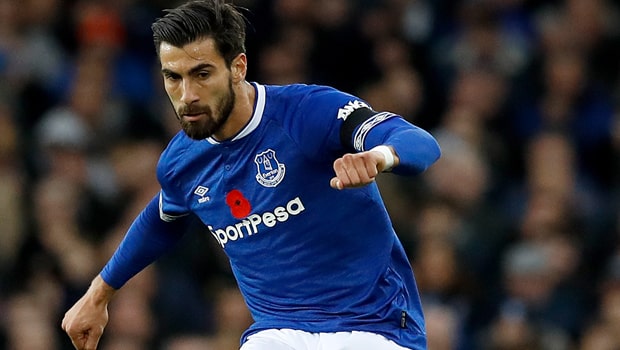 Gomes made the move to Goodison Park over the summer when he arrived on a season-long loan deal from Catalan giants Barcelona.

The 25-year-old struggled to make a real impact at the Nou Camp after making the switch from Valencia in 2016 and missed the start of the current campaign with a hamstring injury.

Gomes has now established himself as an Everton starter and has formed a strong partnership with Gueye in the middle of the park.

“Every midfielder we have is capable of playing in this team but the manager [Marco Silva] has to make his choice,” Gueye told evertontv.

“Andre Gomes brings something special, with his technique and the way he keeps the ball.

“Of course, we knew he was a good player, he came from Barcelona – and you know the types of players who go to Barcelona.

“He is helping us a lot so, hopefully, he will continue his form and carry on helping the team.”

Everton are 67.00 to secure a Premier League top-four finish this season, with the Merseyside outfit currently ninth in the table and eight points behind Tottenham in fourth.

Everton are 1.44 to beat Cardiff in their next fixture on November 24, a draw is 4.33 and the Bluebirds are 8.00 to secure all three points.