Philippe Coutinho vows to give everything to Reds cause 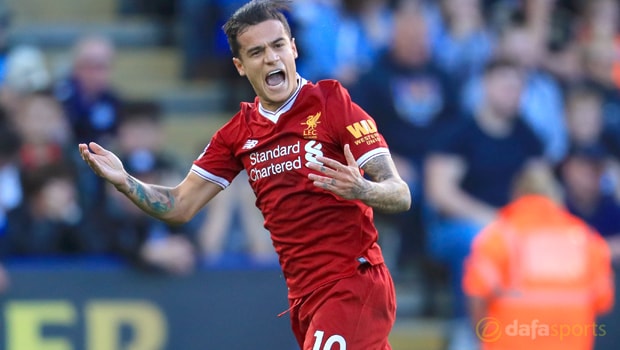 Philippe Coutinho has promised Liverpool fans he’ll give everything to do well for the club this season despite agitating for a move away in the summer.

The Brazilian was the subject of much speculation during the transfer window, with Barcelona keen to secure his services.

Liverpool’s owners however took a firm stance that their playmaker would not be sold under any circumstances and, despite Coutinho handing in a transfer request in early August, the Reds resisted all approaches from Spain.

The final offer from the Catalan giants was believed to be worth up to £118m but Liverpool did not relent.

Coutinho has started the last three games for the Reds after building up his fitness and he was on the scoresheet in the 1-1 midweek Champions League draw with Spartak Moscow in Russia.

He has assured the Liverpool supporters that they can expect total commitment to the cause this season, insisting his eagerness to leave is now forgotten.

“I’m calm. It’s all passed by,” said Coutinho. “I’m here to defend the colours, to give my maximum.”

Coutinho admits the draw in Russia was frustrating, given Liverpool dominated the game.

They also were held in their opener at Anfield by Sevilla. With a double-header looming against Maribor, Coutinho is confident Liverpool can still be in the knockout stage after Christmas.

“It wasn’t really the result we wanted, but we have to keep working and there are more games, another four games to come,” he said.

Liverpool face Newcastle at St James’ Park on Sunday in the Premier League. They are 1.67 to win that game. Newcastle are 4.75 while the draw is 4.00.