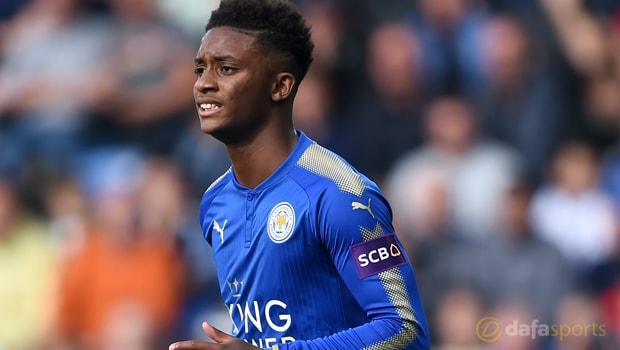 Leicester City manager Craig Shakespeare expects forward Demarai Gray to sign a new deal at the club in the next 24 to 48 hours.

The 21-year-old, who joined the Foxes from Birmingham in 2016, was touted by a number of Leicester’s Premier League rivals in the summer transfer window.

Gray was said to have grown somewhat frustrated by the lack of first-team opportunities at King Power Stadium, with his last Premier League start for Leicester coming back in April against Everton.

Shakespeare however is confident the player will ink a contract extension in the coming days. “I’m hopeful that will be concluded very soon.

Gray could feature against Bournemouth on Saturday but one player definitely not ready to pull on a Leicester jersey is Adrien Silva.

Silva’s £22m deadline-day move from Sporting Lisbon was blocked by Fifa after the FA received the documentation 14 seconds after the deadline and Shakespeare says the club remain in the dark as to when the impasse will be resolved.

“We are letting the process take its course, but my question every day is ‘how long is the process?’.
No one can give me an answer,” said Shakespeare.

“It’s such a unique situation. My frustration is the same as everybody else – the supporters, the club, the player himself.”

Leicester are 2.63 to win at Bournemouth on Saturday. The Cherries are 2.75 and the draw is 3.30 at the Vitality Stadium.