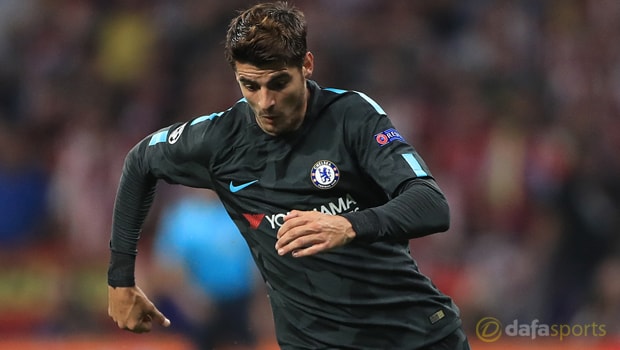 Chelsea striker Alvaro Morata wants a victory over Manchester City at Stamford Bridge on Saturday to boost his team going into the international break.

The Spain forward has made a solid start to his Blues career, scoring seven times in eight competitive games so far.

He was on target in the midweek win over Atletico Madrid in the Champions League and is now keen to add the scalp of the Premier League leaders.

City are three points clear of Chelsea going into the weekend, with Pep Guardiola’s side enjoying a 100 per cent winning record on the road so far.

Chelsea meanwhile have taken only four points from three homes games, losing at home to Burnley on the opening day and being held to a scoreless draw by Arsenal earlier this month.

Morata says the champions must send out a statement with victory on Saturday. “(It is) another big match,” Morata said.

“It’s very important for us before the international break to take the three points.”

Having been a bit-part player at Juventus and Real Madrid in the past, the 24-year-old is relishing the chance to lead the line for Chelsea week in, week out.

He says he is delighted to get the chance to repay the faith both the club and boss Antonio Conte placed in him this summer.

“I came to Chelsea because one club and one coach believed in me. I’m very happy,” he added.

Eden Hazard started against Atletico in midweek and with the Belgian playmaker now close to full fitness again, Morata has no doubts that his team-mate is on a par with the likes of Cristiano Ronaldo and Lionel Messi.

“It’s not difficult playing with this kind of player. He’s one of the three best players in the world.

It’s easy for me playing with him,” he added. Chelsea are 2.60 to beat Manchester City, with Morata 6.00 to score the first goal of the game.