Philippe Coutinho keen to ‘clear the air’ with Reds 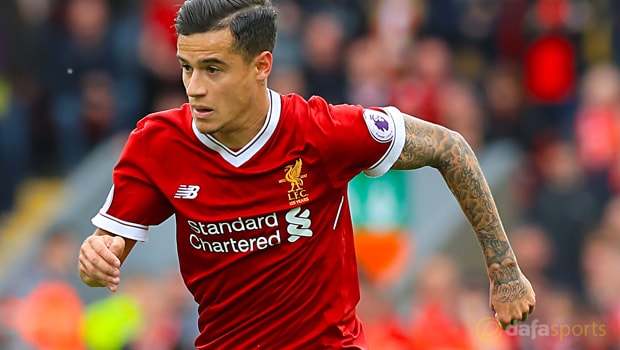 Liverpool’s wantaway playmaker Philippe Coutinho is reportedly keen to hold clear-the-air talks with the club and is believed to be ready to admit defeat in his proposed move to Barcelona.

The Brazilian has been targeted by the Spanish giants in the wake of Neymar’s world-record switch to Paris Saint-Germain, but Liverpool have so far resisted all approaches from the Nou Camp.

Liverpool have repeatedly stated that Coutinho is not for sale, and that he won’t be allowed to leave during this transfer window.

And, according to some reports, Coutinho is now ready to have talks with the club and manager Jurgen Klopp with a transfer to the Catalan giants looking increasingly unlikely.

Liverpool club sources, meanwhile, say the midfielder’s representatives have suggested that Barcelona used family members in an effort to push the move through.

Coutinho has not played for Liverpool yet this season, with a reported back problem keeping him out of action and he’s part of the squad to face Hoffenheim in Wednesday’s Champions League play-off second-leg tie at Anfield.

Ahead of that game, boss Klopp has said that speculation over his future has not affected Coutinho.

“To be honest I have nothing to say about his attitude because since he has had a back problem he has obviously not been in training,” the Reds boss said.

“I asked the medical department how he is doing and there are no complaints so that is how it is. There is nothing bad to say about this.”

Liverpool are 12.00 to win the game against Hoffenheim 2-0 while the Bundesliga outfit are 4.75 to win on Merseyside, having lost the home leg 2-1.