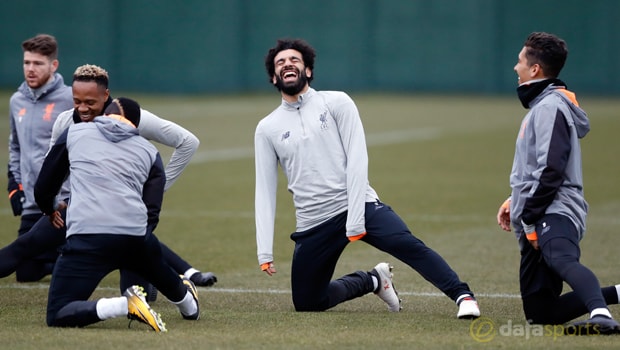 Liverpool’s Mohamed Salah is desperate to score against Manchester United on Saturday and complete his record of scoring against every top-six side in the Premier League this season.

The Egypt international knows that getting past United shot-stopper David de Gea will, however, be a massive challenge to those aspirations.

Liverpool were held scoreless by United at Anfield earlier in the season, thanks in no small part to a magnificent de Gea stop from Joel Matip. Salah recalls that save, as well as missing a glaring chance himself to break the deadlock.

“I remember it [De Gea’s save]. I also missed an easy chance in that game, but he is great,” Salah told Sky Sports.

Salah’s 24 goals this season in 28 games are enough to leave him level with Harry Kane as the Premier League’s leading marksman.

He has found the net against Manchester City, Tottenham, Chelsea and Arsenal already and wants to complete a nice quintet at Old Trafford, where victory would see Liverpool leapfrog their local rivals and into second place.

“Before the game you have to prepare yourself for the game, and you see the weakness of the players or the goalkeeper, and you have to try many times to break that and to score and to do something different,” he added.

“But we know we play against Manchester [United] and De Gea. He is a great goalkeeper and this is the only team I did not score against in the top six this season, so I will try.”