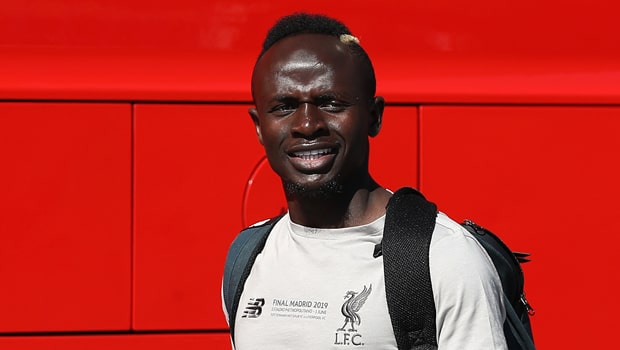 In preparation to seal a deal worth about 35m pounds, Sadio Mane arrived at Bayern Munich on Tuesday morning to wrap up his medicals.

Several media journalists captured the former Liverpool man as we were seen putting on the club’s famous red and white jersey for the first time.

The Bundesliga champions finally agreed and sealed the transfer of the Senegalese international towards the end of the previous week as he prepares to sign the dotted lines for the Bavarians.

The unveiling will take place on Wednesday morning at the Allianz Arena, where Mane will be presented to the crowd.

The 30-year-old revealed towards the end of last season that he is keeping his options open to join Bayern Munich, with reports suggesting that he had to let go of some fees to make a move happen.

In what has been a busy summer for Bayern, Mane is set to become the third signing after the previous acquisitions of Ajax right-back Noussair Mazraoui [ free transfer] and his teammate Ryan Gravenberch for a fee of about 19m euros.

During last year’s 2021/22 campaign with Liverpool, Mane bagged 21 goals across all competitions in 48 appearances accumulating a total of 111 goals and 38 assists in 263 appearances for the Merseyside club.

He will undoubtedly be an asset to the Bavarians, adding steel and bringing a lot of hard work to the forward line.

It’s not over for Bayern as well, as they still have to sort out the impending exit of Robert Lewandowski as the German champions will be looking forward to a much-improved offer from Spanish giants Barcelona.

Also, Serge Gnabry has yet to sign a new deal, and talks between the player’s representatives and the club hierarchy remain at a loggerhead. Nevertheless, fingers crossed as to how things unfold in the coming days.