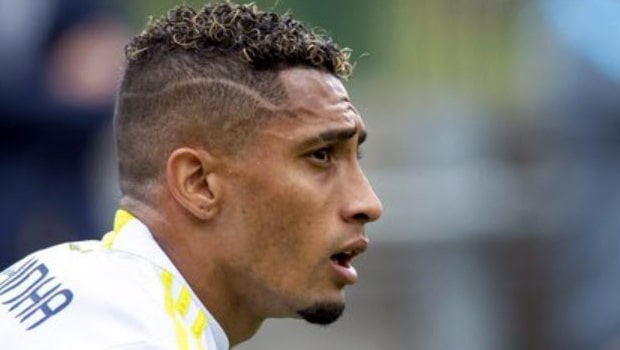 Leeds United midfielder, Raphinha has seen a bid made by Arsenal on Wednesday as the Gunners intensify their pursuit of the player.

Arsenal has been linked with Raphinha since the transfer window opened, and he remains a part of the bunch of players that the Gunners are after.

Arsenal has already had three additions to their team this transfer window with Brazilian forward Marquinhos, Portuguese midfielder Fabio Viera from Porto for around 34 million pounds, while American goalkeeper Matt Turner has also moved to the north London.

Reports indicate that the player would prefer a move to Camp Nou, but no bid has been made yet. Raphinha moved to Leeds from the French side Rennes in 2020 for £17m.

Since joining them two years ago, the 25-year-old has played 60 Premier League matches for the Elland Road side. The Brazilian scored 11 goals in the Premier League last season.

Also, he scored the last kick penalty that secured their safety in the Premier League for another season in their final game of last season.

Leeds United could also lose another midfielder with Kalvin Phillips on the radar of Manchester City, albeit the Premier League Champions are yet to make a bid.

Meanwhile, Liverpool’s Senegalese forward Sadio Mane completed his move from the Anfield stadium side to Bayern Munich on Wednesday when he was unveiled by the German Bundesliga champions.

Sadio Mane, who spent six seasons with Liverpool, scoring 120 goals in 269 games, completed the move worth £35M with a three-year contract.

The AFCON title winner with Senegal in January said it was the right time for the move.

“This is the right time for this challenge. I felt the great interest in this big club from the start, so there was no doubt in my mind.” Mane said during his unveiling.