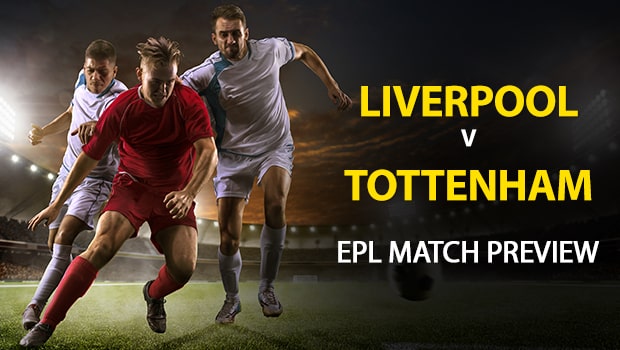 We’ve got a fun one Sunday at Anfield as Liverpool and Tottenham go head-to-head in must-watch Premier League action.

Draw: There’s a 23.5 percent chance the match ends in a draw. There’s a draw in 25.3 percent of AccuScore sims, suggesting some added side value on the draw.

Last 6: Liverpool are coming off an away 2-1 win over Fulham, with 4 wins and 2 draws in their last 6 overall. Tottenham have 3 losses, 2 wins and 1 draw in their last 6.

Recent Struggles: Tottenham is barely holding on to a top-four spot after earning just one point from their last four league matches.

Harry Kane leads the way for Tottenham in AccuScore sims, averaging 3.5 shots overall, 1.6 shots on goal per and 0.4 goals per sim. He has a 33-to-34 percent chance to net the ball this weekend.

There’s a 53.3 percent chance Tottenham either finish in a draw, lose by a goal or win.They either win or draw in 46 percent of AccuScore sims, with Liverpool’s margin of victory being 0.83 goals (less than the +1 line).