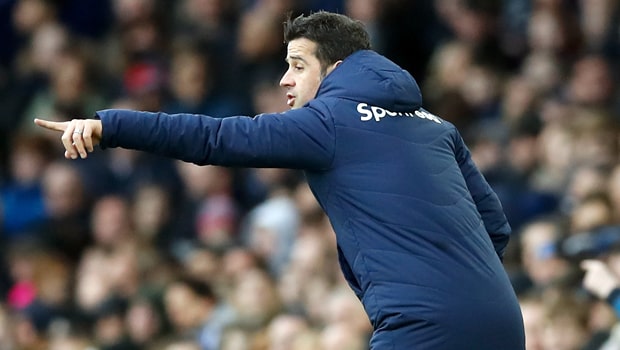 Marco Silva says much has changed since West Ham inflicted the first defeat of his tenure on Everton back in September.

Both teams are in different places now, says the Toffees boss, ahead of the return game at the London Stadium on Saturday evening.

West Ham have won their previous three league outings on their own patch, with Silva’s Everton have lost four out of six on the road recently.

Despite that, he wants his players to think positive on Saturday, with a view to halting the good recent run of Manuel Pellegrini’s team.

“It will be a tough match, I don’t have doubts. In some moments they show inconsistency also but they have a strong team and their home form for the last few games has been really good,” Silva said.

“It will be a good challenge for us to go there and break that home form.”

A first-half double from Andriy Yarmolenko made the difference at Goodison in the autumn, with Marko Arnautovic making sure of the points just beyond the hour, after Gylfi Sigurdsson had thrown Everton a lifeline in first-half stoppage time.

That game will mean very little now, says Silva. Everton were also 3-1 losers on their previous visit to West Ham.