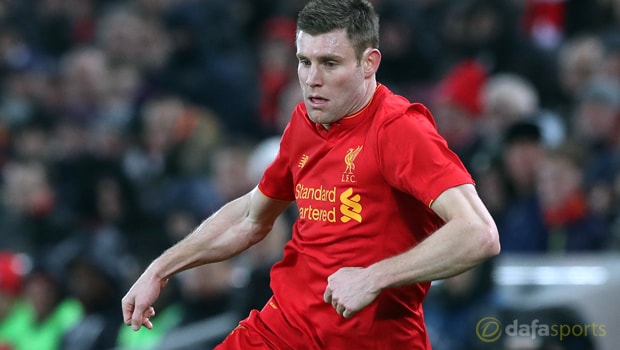 Liverpool star James Milner is confident his team can now dream of winning trophies after qualifying for the Champions League.

The Reds, 9.00 to win the title next season, did enough in the end to secure a top-four spot last weekend.

Jurgen Klopp’s men went into the final game against Middlesbrough needing a win, with Arsenal breathing down their necks.

After a slow first half, Klopp’s side finally found a breakthrough before half-time before eventually sealing a 3-0 win at Anfield.

That result was enough to finish fourth and the club now need to qualify for the Champions League group stages.

In his first year in charge, Klopp guided Liverpool to the final of both the EFL Cup and Europa League but Milner is confident they can improve by qualifying for the Champions League.

“It is not easy to be in the Champions League – think of the teams who are not in it now,” Milner said.

“It’s alright saying you should be in it, get in the top four, but there are a lot of quality teams fighting for it and in and around it and we have managed to achieve that.

“Personally the biggest thing for us at City was winning the FA Cup: getting that first trophy under our belt, winning something, giving you that belief.

“Champions League was a step along the way. Last year we came close (to a trophy) but couldn’t get over the line.

But playing in those sort of occasions and in those big games is important.

“It’s exciting times for the football club and that is something I wanted to be part of when I came here.

“Hopefully now we can stick a few trophies in the cabinet. That is the next step.”