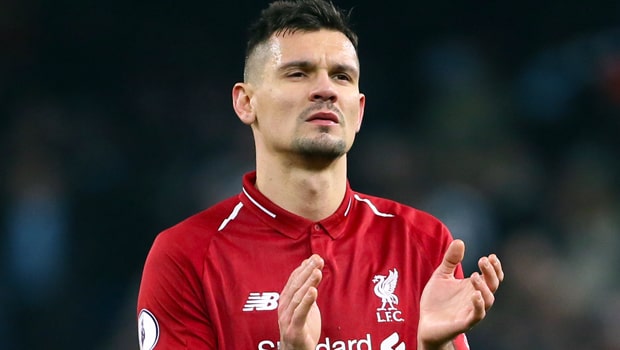 Dejan Lovren says Liverpool are down but not out ahead of the second leg of their Champions league semi-final against Barcelona at Anfield.

The Reds went down 3-0 at Camp Nou and it will take a herculean effort when Barcelona visit on Tuesday if they are to fight back and claim a place in the final – but Lovren insists Liverpool haven’t given up.

“It makes me more angry. Angry and hungry to show them we are capable of doing something special at Anfield,” he told Press Association Sport. “We have big players and big players should show in big games and I think this is one of those games on Tuesday so I expect one of the biggest games at Anfield.”

He added: “The most important thing is to score quite early and if we can manage that then everything is possible. “Of course, we will never just accept that we already lost. It is just one game.

“It will be quite a tough challenge after 3-0 but I remember we did it many times and Liverpool are quite famous for big comebacks. “I hope we can do it again but we need big support from the fans. This is, I think, the main thing.

“We need to be patient to be honest, not to rush. It is important if we could score in the first 10 minutes and there will be quite a lot of pressure on them but everything is possible at Anfield.”

Liverpool’s hopes have been hit by an injury to Roberto Firmino, as he has been ruled out with a muscle problem, and fellow forward Mohamed Salah is a doubt with a head injury but Lovren says they can still overturn the deficit even if the Egyptian is absent.

“I hope Mo will be OK now after the knock because it doesn’t look good,” he said.

“We showed already many times we can play without Mo and also a couple of other players. But the most important thing is the crowd.”