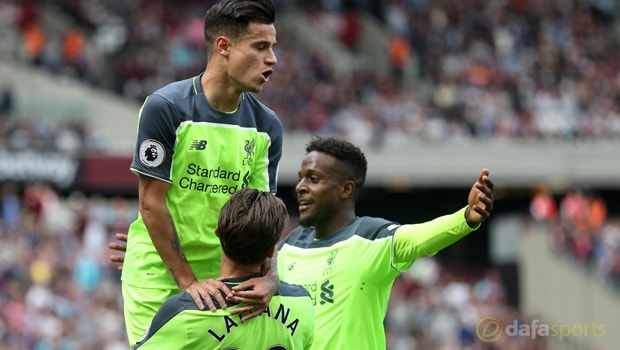 Liverpool midfielder Philippe Coutinho has moved quickly to reassure fans that he plans to stay at the club despite interest from around Europe.

The Brazilian has played a massive role at the club since he joined from Inter Milan in 2013.

He has made 138 appearances, scoring 34 goals, and this season his form helped the Reds qualify for the Champions League.

Coutinho made 31 appearances in the league, scoring 13 times, as Liverpool did enough to finish fourth in the Premier League table.

Coutinho is now dreaming of bigger things rather than a summer exit.

He signed a new five-year contract with the club in January, but reports have linked him with a move to Spain or Germany.

However, the 24-year-old insists he is excited for the upcoming Champions League campaign.

He told ESPN Brasil: “Stay here and they will end up building a statue in your honour.

Go somewhere else, to Barcelona, to Bayern Munich, to Real Madrid, and you will be just another player. Here you can be something more.

“I have a long contract with Liverpool. Speculation is for journalists only. The whole team is playing well.

Sunday was a very important victory and next season it’s the Champions League.”

Liverpool are 1.91 to finish in the top four of the Premier League again next season.