Kylian Mbappe: ‘I will decide’ 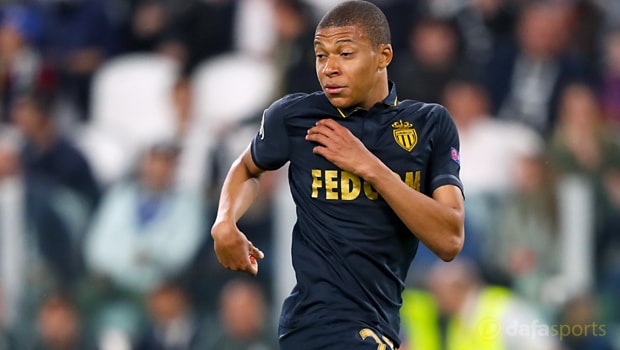 Monaco striker Kylian Mbappe insists nobody at the club will force him to leave this summer as he looks to continue playing first-team football.

Mbappe h as enjoyed a sublime breakthrough campaign for Monaco, helping them win the Ligue 1 title.

The 18-year-old scored 15 goals in the league during 29 appearances as Monaco finished eight points above rivals Paris Saint-Germain after a thrilling season.

Monaco also showed their class in the Champions League, reaching the semi-finals before being knocked out by Serie A giants Juventus.

Mbappe’s form saw him named Ligue 1’s Young Player of the Year and he is attracting interest from a number of clubs.

Arsenal, Manchester United and Real Madrid have all been linked with his signature, but he insists nobody will force him to make a move.

Speaking to beIN Sports, he said: “I will make a choice based on my sporting career, and my career is first and foremost.

I am at an age where I need to play, and that will be paramount.

I still have everything to learn – this year was discovery, and now comes the most important step: confirmation.

“I will be the sole decision-maker, and I will not go anywhere where I will be forced to go.”

Mbappe could force his way into the France team for the 2018 World Cup if he can maintain his form next season.

He will be hoping to help his country go all the way and Les Bleus are priced at 8.00 to win the tournament in Russia.