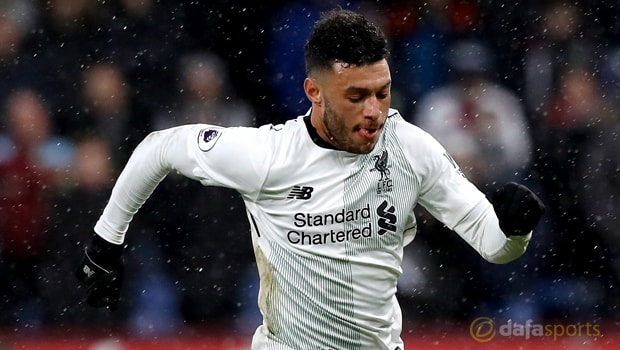 Liverpool midfielder Alex Oxlade-Chamberlain insists he has not thought about Philippe Coutinho’s departure and he has urged the squad to focus on Sunday’s clash with Manchester City.

Coutinho left the Reds on Monday as he completed his ‘dream move’ to Barcelona as the Spanish giants paid £142million for his services.

The Brazilian became the second most expensive player in world football but many expect Liverpool to struggle without him.

However, Oxlade Chamberlain insists he cannot afford to think about the past and he believes he, Mohamed Salah, Sadio Mane and Roberto Firmino can fill the void.

Liverpool take on league-leaders City on Sunday and Oxlade-Chamberlain admits the game presents a big opportunity for him to prove he is ready to step up.

He told Sky Sports: “I haven’t really even thought about Phil leaving.

“You realise it happens but you can’t start thinking ‘What are we going to do now that Phil is not here?’ “It can’t be that at all. It’s business as usual.

When Phil wasn’t in the team we still played great football and we have still amazing players who can score goals – the likes of Mo [Salah], Sadio, Roberto.

You’re at a big club like Liverpool, another big player will come in the future.

“I am the type of person who relishes the chance to stand up and perform under pressure, I have had to do that my whole career.”