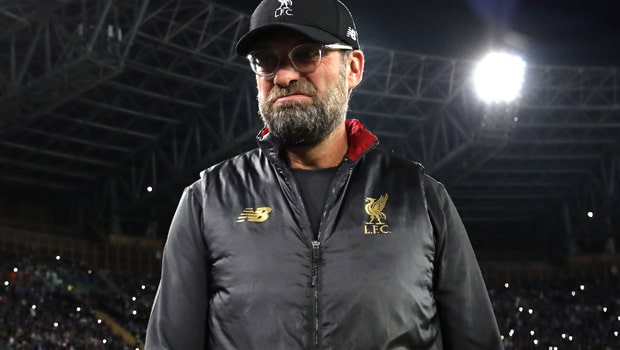 Liverpool manager Jurgen Klopp says his side must recover quickly and be ready to fire on all cylinders in Sunday’s top-of-the-table Premier League clash against Manchester City at Anfield.

The Reds suffered a disappointing 1-0 defeat at Napoli on Wednesday night in the Champions League but, more worryingly for German tactician Klopp, a number of players underperformed in Naples.

Next up for Liverpool, who are 2.88 to win the Premier League title, is a home clash against the Citizens in what is both clubs’ seventh match in 23 days between the September and October international breaks.

During that period, Klopp’s men have won three, lost two and drawn one, whilst City have racked up five victories and suffered defeat just once – a surprise European loss to Ligue 1 outfit Lyon at the Etihad Stadium.

Another blockbuster clash is expected on Merseyside and Klopp has urged his side to prepare themselves for a ding-dong battle in front of their own supporters.

“It is a tough game, absolutely,” Klopp said, whose side last season drew six of their 12 fixtures immediately after a Champions League tie.

“It is absolutely intense since the last international break. We cannot change that so we have to make sure we are ready.

“We don’t have to think about intensity. We have three days to recover and then we will face Man City. It would’ve been difficult any way at any time of the season, it is always difficult, but let’s have a look how the players are after the game and then we will prepare.

“Then we have our crowd at our backs. You could see Napoli used the atmosphere and we couldn’t calm it down, but on Sunday it will be 100 per cent different.”

Liverpool are marginal 2.60 favourites to pick up the win on Sunday, a draw is priced at 3.30 whilst Pep Guardiola’s men are 2.80 to triumph.