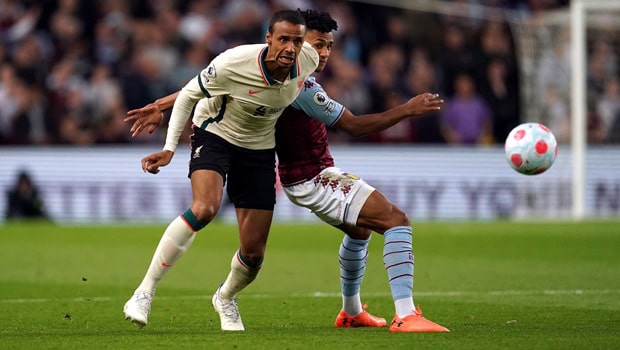 Liverpool held onto their slim title chances with a 2:1 win over Aston Villa on Tuesday evening at Villa Park. The Reds are three points behind leaders Manchester City with three more rounds of matches to go.

Jurgen Klopp’s side needs Manchester City to slip while they have to win their remaining three matches. However, the UEFA Champions League finalist, who still hopes to win the quadruple, started slowly as Aston Villa took the lead within the first 5 minutes through Douglas Luiz.

Liverpool equalised through Joel Matip in the sixth minute and then added a winner in the 65th minute of the game. After winning the Carabao Cup, Liverpool got into the final of the UEFA Champions League after seeing off Villarreal in the semi-final.

The Reds have already won a trophy cup, but they will have to face Real Madrid in the final of the UEFA Champions League in Paris on May 28, while they need a huge favour from the three other sides that would face Manchester City in order to stand a chance of the Premier League title.

Manchester City, who confirmed the agreement with Dortmund striker Erling Haaland on Tuesday ahead of a summer move to Etihad Stadium, will face Wolves, West Ham and Aston Villa.

Liverpool will play an FA Cup Final match with Chelsea at Wembley this weekend before facing Southampton and Wolves in their final two Premier League matches, which will be followed by the UEFA Champions League final against Real Madrid.

Meanwhile, Liverpool captain Jordan Henderson agreed that the league title is beyond their control but will focus on the FA Cup Final against Chelsea at the weekend.

“It was a big game and another three points. We concentrate on what we need to do. It is another big game at the weekend, the FA Cup final, and we have to recover for that. It is out of our control [in the Premier League]. We do not need to waste energy on that.” Henderson said.