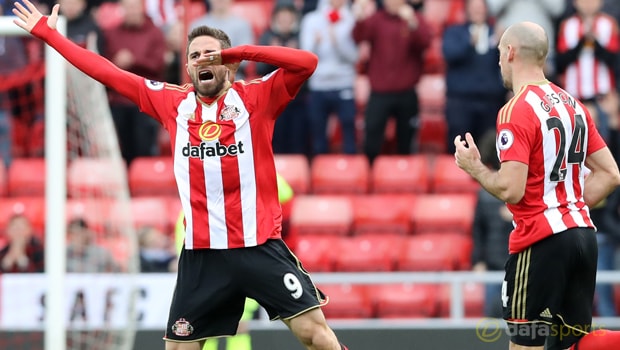 Fabio Borini has suggested he will not be staying at Sunderland beyond the summer as he is keen to seek a new challenge.

The Italian has been with the Black Cats since 2015, having also spent the 2013-14 campaign on loan at the Stadium of Light, and still has two years to run on his contract.

However, rumours have been rife that he is looking to move on following the club’s relegation from the Premier League.

Celtic boss Brendan Rodgers, who Borini worked with at Chelsea, Swansea and Liverpool, is believed to be keen on tempting him to Parkhead while he is also thought to have offers from his homeland.

Sunderland remain without a manager following the departure of David Moyes and Borini, 26, admits he is sorry for the club’s current plight, but also believes the time is right for a new challenge.

He told Corriere dello Sport: “Things in England could be better right now given the recent demotion of which I am very sorry.

But you go ahead and I want to prepare for next season to the fullest extent.

“At this stage in my career it lacked maybe a little stability and continuity of belonging to a project at a club in the long run.

“My decision will depend, since as I said in the previous answer, from which club puts up the more stimulating, competitive and stable offer that is better suited to my personality – as a person and as a player.”

Sunderland are currently priced at 15.00 to be promoted from the Championship, with fellow relegated club Middlesbrough the joint 8.50 favourites alongside Aston Villa.