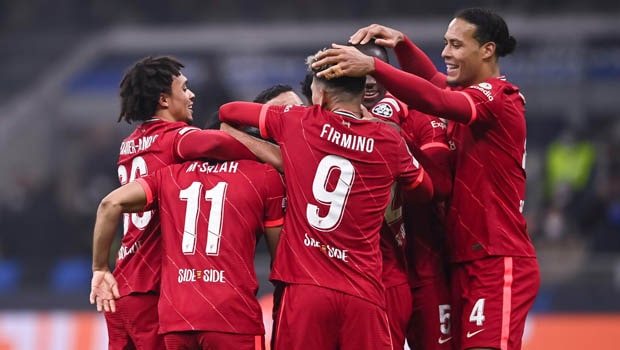 Liverpool defender Virgil Van Dijk has praised Italian side Inter Milan for their performance in their 2-0 loss to Liverpool in the UEFA Champions League round of 16 tie played at the San Siro on Wednesday.

The Dutch defender made the comment after the final whistle of a game that saw Liverpool play over an hour without having a shot on target.

Nevertheless, Jurgen Klopp’s side took the lead in the 75th minute through Brazilian forward Roberto Firmino. With seven minutes left to be played, Mohammed Salah scored his first goal for Liverpool since returning from the AFCON final to seal the victory.

Without the away goal rule, Liverpool will feel comfortable going into the second leg in March. Meanwhile, Liverpool defender Van Dijk believes that Inter Milan were difficult to break down especially in their home ground.

“Tough place to come, a very good team, difficult to break down, and I really enjoyed the atmosphere and the crowd. Set-piece again and it is a good strength of ours. A good result to take back to Anfield. You try everything and they did very well defensively, but Bobby found the space and a great goal. It is a well-deserved win, very hard work. Everyone expects to be under pressure, it is the Champions League.” Virgil Van Dijk said.

Liverpool will face Norwich and Leeds United in the Premier League before facing Chelsea in the EFL cup final on the 27th of February. The game will be followed by the FA Cup tie against Norwich in March and a Premier League tie against West Ham before the second leg at Anfield takes place.

In the other UEFA Champions League game in Salzburg, RB Salzburg held Bayern Munich to a 1-1 draw.

Meanwhile, Leicester City will be facing Danish side Randers in the UEFA Europa Conference league playoffs fixture on Thursday.