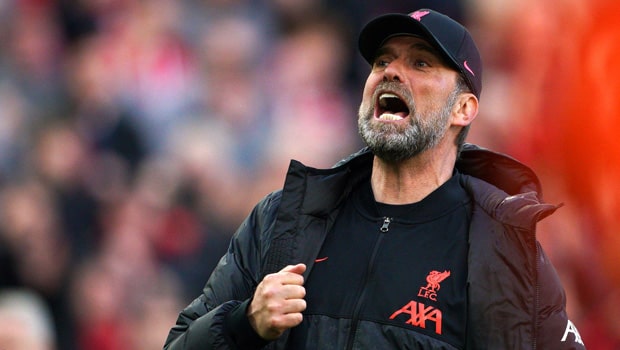 Liverpool beat Everton 2-0 on Sunday in Merseyside to keep up with Manchester City at the top of the Premier League table.

The Reds had to win after Manchester City defeated Watford 5-1 on Saturday in a game where Raheem Sterling scored a superb hat-trick.

The Reds endured a poor start to the game that saw them draw blanks in the first half against an Everton side who are now fully in the relegation battle.

The Toffees now sit in 18th with 29 points, two points behind Burnley but with a game in hand.

Liverpool manager Jurgen Klopp spoke of the importance of the second-half performance, which saw the team score two goals and remain in touching distance of the league leaders with a single goal.

“A football game has two halves; thank god. In the first half, we didn’t pass quick enough, accelerate at the right moments, and pass in behind. We had lots of things to improve on, and we did; it is really difficult to deal with over 80% possession and the counter-attacking threat of the opponent. I’m really happy because it isn’t about flying every week. It is about getting results. We had to work hard for it, but all good. At halftime, I told the players it was easy to improve. We didn’t really show up, so they stepped up.” Klopp said.

Everton’s race for survival has become more tricky as they trail Burnley with two points, although the Clarets have played a game more. Burnley beat Wolves 1-0 on Sunday to brighten their chances of survival.

Meanwhile, Chelsea beat West Ham United 1-0 courtesy of a late Christian Pulisic goal. Jorghino had lost a spot-kick in the second half after Craig Dawson was sent off for pulling down Romelu Lukaku in the box.