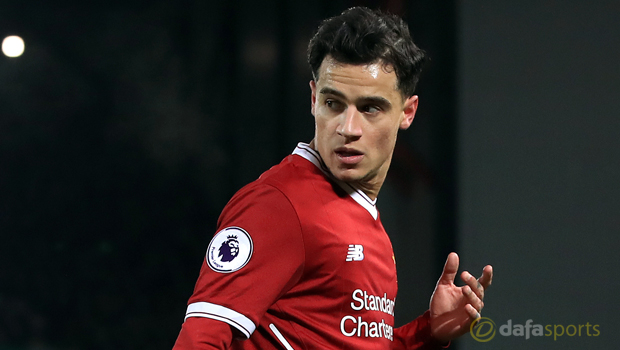 Liverpool have agreed to sell Philippe Coutinho to Barcelona subject to the Brazilian passing a medical and agreeing personal terms.

Coutinho has long-been linked with a move to the Catalan giants, who reportedly had three transfer bids rejected during the summer, while Liverpool also turned down a transfer request from the player himself.

However, Barca have maintained their interest in Coutinho throughout the first half of the season and Liverpool have now confirmed they have agreed to sell the Brazil international for a fee thought to be in the region of £142million.

A Liverpool statement on the club’s website said: “Liverpool FC can confirm Philippe Coutinho will be leaving the club after a transfer agreement was reached with FC Barcelona, subject to medical and agreement of personal terms.

Liverpool are expected to receive £105million up front and the rest in add-ons, making Coutinho one of the most expensive transfers in football history.

Barcelona are certainly looking forward to the 25-year-old’s arrival and they expect him to sign a contract that will see him remain at the Camp Nou until the summer of 2023, while they also plan to insert a €400million buyout clause in his deal.

“FC Barcelona and Liverpool FC have reached an agreement for the transfer of Philippe Coutinho,” a Barca statement read.

“The player will sign a contract for the remainder of the season and five more, and will have a buyout clause of 400 million euros.”

Coutinho will not be able to play in the Champions League for Barca this term, as he has already represented Liverpool in that competition, but he could help the Blaugrana regain the La Liga title from the hands of Real Madrid.

Ernesto Valverde’s side are currently top of the La Liga standings and they are priced at 1.05 to claim overall glory come the end of the season.