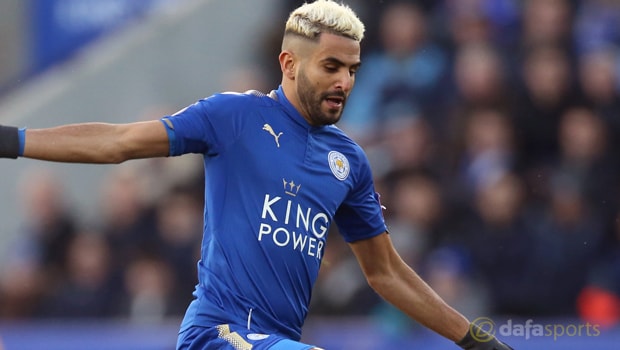 Leicester boss Claude Puel is confident Riyad Mahrez will still be at the club come the end of the January transfer window.

The Algeria international handed in a transfer request during the summer and he was reportedly the subject of a £32million bid from Roma, although a move ultimately never materialised.

Mahrez has conducted himself well despite his supposed desire to leave the King Power Stadium and his form over recent months has been good, as he has scored seven goals and provided seven assists in the Premier League this term.

Indeed, the 26-year-old’s form has led to further speculation regarding his future, with the likes of Barcelona, Arsenal, Chelsea and Tottenham all being linked with making a bid for his services.

Puel has now moved to dismiss that speculation, however, by insisting Mahrez will still be a Leicester player when the transfer window slams shut.

The Leicester manager said: “I want to keep all my best players and Riyad is an important player in the team for us.

When I discussed things with him, he had a good attitude and is enjoying his football.

“He is a happy player and likes to play with his teammates. His statistics have improved, with assists and scoring. Of course I want him to continue all this good work.”

Mahrez could feature during Leicester’s FA Cup third-round clash at Fleetwood on Saturday.

The Foxes are priced at 1.57 to secure a victory from that contest, while the League One outfit are available at 6.00 to spring a surprise and the draw is on offer at 4.00.