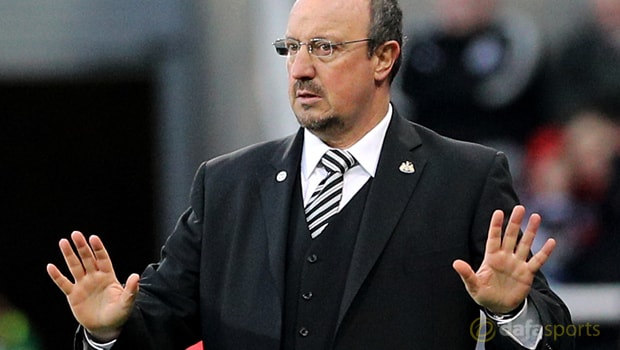 Newcastle boss Rafael Benitez has stressed the importance of the January transfer window for his side.

The Magpies currently sit 13th in the Premier League standings following a three-match unbeaten run in all competitions, a sequence that also includes Saturday’s 3-1 victory over League Two outfit Luton in the FA Cup third round.

However, Benitez’ side are still just two points above the top-flight relegation zone and the Spaniard has underlined just how important this month’s transfer window will be for his team, as he looks to strengthen his squad considerably.

“It’s an important month for the club, not just this week,” Benitez said.

Newcastle have been linked with a whole host of players in recent weeks, but a new goalkeeper seems to be one of their main priorities, although Benitez was giving nothing away regarding any potential targets.

Liverpool forward Danny Ings and Chelsea’s Brazilian youngster Kenedy are among some of the other players that have been linked with a move to St James’ Park, but it is unclear whether Newcastle will have any new recruits in their ranks ahead of next Saturday’s league clash with Swansea on home soil.

Newcastle did secure a 1-0 victory when the two teams met at the Liberty Stadium earlier in the season and they are priced at 1.95 to claim a similar result on Saturday, while the Swans are available at 4.20 and the draw is on offer at 3.40.