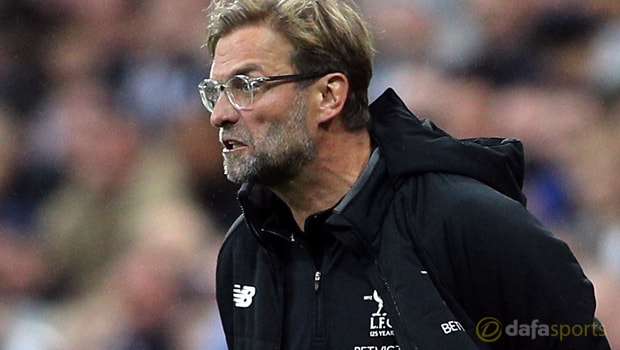 Liverpool legend Kenny Dalglish says the club and its supporters need to remain patient with manager Jurgen Klopp and give him time to bring success to Anfield.

Dalglish was also the last manager to lead the Reds to title glory, back in 1990, and he says former Borussia Dortmund boss Klopp remains the ‘perfect guy’ for Liverpool going forward.

Liverpool have already slipped seven points behind joint-leaders Manchester United ahead of Saturday’s showdown between the fierce rivals on Merseyside.

Some have questioned Klopp in recent weeks, his team being guilty of failing to make their domination of games count and also leaking soft goals. Dalglish isn’t amongst the critics.

“I think they have the perfect guy for the football club,” Dalglish told the Liverpool Echo.

“In all the matches I’ve seen this season, they’ve certainly done enough to win.

If the players believe in themselves, they will certainly turn it around. There is nothing better than starting that on Saturday.”

The Scot points to the patience that was shown to his compatriot Sir Alex Ferguson by Manchester United during what a relatively testing start to his reign at Old Trafford.

The Red Devils were rewarded with a period of unprecedented success in their history and Dalglish insists Liverpool will do well to pay close attention to that template now.

“They allowed [Fergie] some grace and I am sure they are delighted they did. They never lived to regret it,” he added.

“People are used to the instant answer or solution but it doesn’t work in football.

A wee bit of patience doesn’t go amiss for anyone who wants to be successful.”

Liverpool are 2.75 to beat Man United on Saturday. The visitors are slight favourites for the Anfield showdown at 2.70 while the draw is 3.25.