Jurgen Klopp: Reds not focused on others 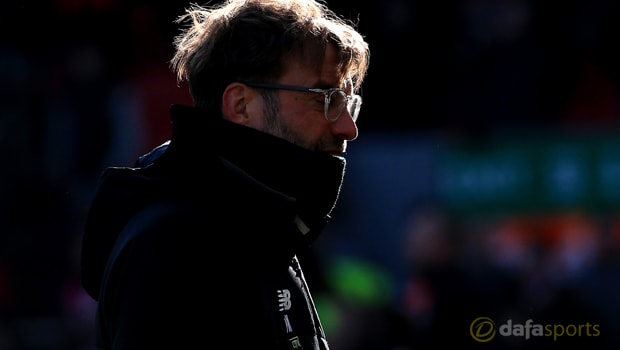 Jurgen Klopp says Liverpool have to focus on their own results rather than looking at teams around them in the Premier League.

The Reds took advantage of Manchester United, Chelsea and Tottenham being inactive on Saturday as they swept past West Ham 4-1 at Anfield to move into second spot.

They may drop a place if Man United defeat the Blues are Old Trafford on Sunday but, one way or another, it will be a positive outcome for Liverpool as the two teams behind them clash.

Klopp won’t be getting carried away, insisting Liverpool have to focus on the next game as former Reds boss Rafael Benitez brings Newcastle to Merseyside.

“Can we stay second? That depends on the other results,” Klopp said.

“We have to focus on ourselves. The next game is Newcastle and Rafa Benitez is one of the best managers in the world.”

With ten matches remaining, Liverpool are on course for their highest league finish since 2013/14, and their trip to Old Trafford in two weeks may go a long way to deciding whether they can take second spot from Red Devils.

Liverpool’s clinical finishing and counter-attacks again proved the difference as West Ham had no answer. Klopp felt it was a perfect display from his team.

“We defended well and attacked well,” added Klopp. “Our counter-attacking was outstanding, the work-rate was outstanding and the attitude was fantastic.

“You hope for a game like this, and you want to see it, but it’s really rare that you get it.

“We got it and it’s unbelievably important for us because of the situation in the table and the period of the season we are in.”

Liverpool are 1.25 to defeat Newcastle next weekend, while they are now 2.38 in the Premier League betting without Man City market.