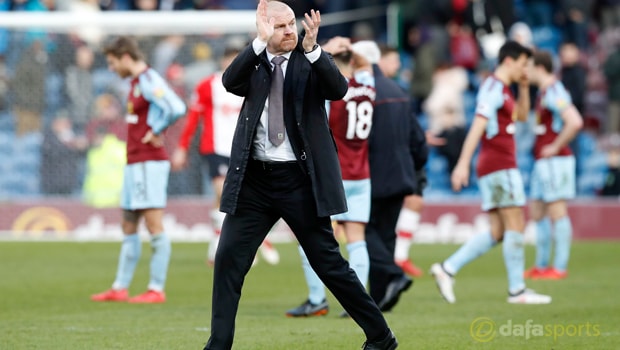 Sean Dyche tried hard to look at the positives after Burnley were denied victory in their 1-1 draw with Southampton by a controversial late goal.

Referee Bobby Madley inadvertently obstructed Ashley Westwood in the centre circle as he looked to latch onto Ashley Barnes’ pass.

Southampton grabbed possession and, within a matter of seconds, sub Manolo Gabbiadini had scored a 90th minute equaliser that left the Turf Moor natives incensed.

A drab game appeared to have swung Burnley’s way when Barnes forced a header home from close range following some good play from the impressive Aaron Lennon on the left wing midway through the second half.

Dyche felt his side had done more than enough to merit the three points, but he insisted getting involved in blame games wasn’t for him.

“It’s irrelevant who I blame, because it is not going to change anything,” said the Clarets boss.

“You can only control what you can control. The performance was good, certainly enough to win three points.

It is another point on the table. We’re still finding ourselves. We’ve had a tough run. We did enough to win. The game was petering out to nothing. “They huffed and puffed, but didn’t create too much.”

Dyche felt a number of earlier decisions had also gone against his team, and he was tongue in cheek in his assessment of the afternoon.

“We should have had a penalty for a foul on Barnes, and he reacted well to get his goal. There was a handball outside the box by their keeper, then the goal of course. Apart from all those things, I’m pleased with everything,” he added.