Jurgen Klopp: Reds have ‘big job to do’ 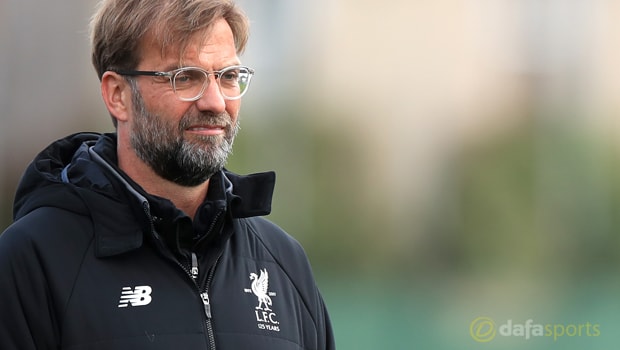 Jurgen Klopp says Liverpool are not in the Champions League quarter-finals “by coincidence” though he does admit they have a “big job” ahead to beat Manchester City.

The Reds host Manchester City at Anfield in the last-eight first-leg on Wednesday evening.

Klopp’s team are the only side to have defeated Pep Guardiola’s champions-elect on Premier League duty this season.

The Liverpool boss knows that his squad have got what it takes to hurt City, as they showed during their 4-3 win in January, but he is not about to underestimate the job at hand.

“We are not in the quarter-finals by coincidence.

“Yes, we beat Manchester City a few months ago – we knew before the game it was possible. With our skills, we can cause them problems. It is a big job to do. Manchester City are a special team.”

Guardiola’s outfit will wrap up the Premier League title a month early if they beat neighbours Manchester United on Sunday and the Liverpool boss feels they will be worthy champions.

Klopp added that Liverpool are just as confident as City amidst their current run of strong form and feels that Champions League ties stand alone from domestic form.

“It is clear City’s confidence is on an outstandingly high level, but we are in a good moment as well.

They have a chance because they win wherever they go, but we can win football games as well.”