City go to Anfield with no fear 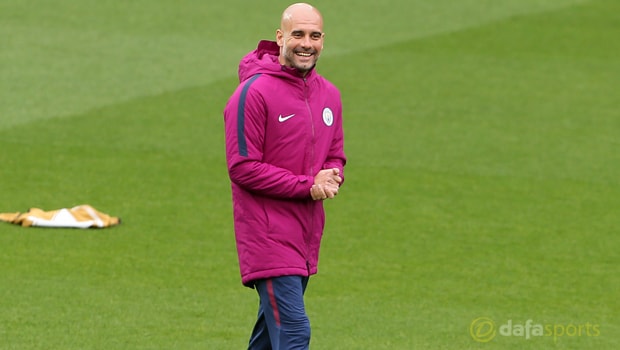 Pep Guardiola will not let any fear of Anfield’s intimidating European atmosphere get in the way of Manchester City’s attacking tendencies on Wednesday evening.

Anfield was the site of City’s only league defeat so far this season, when the Reds swarmed them with their fast-paced attacking play to win 4-3 in January, having powered into a 4-1 lead at one point in the second half.

Liverpool’s home patch is famed for the cauldron it can become on big European nights but former Barcelona and Bayern Munich boss Guardiola says he will not be making any tactical alterations to how City approach the game.

To do so, says the Spaniard, would show a hint of trepidation to his players.

“If I said we are going to do it differently to how we have done, my players would look at me and say: ‘The guy is scared – the manager doesn’t trust us.’ That would be a big mistake,” said Guardiola.

We come here to play football.” City are missing Sergio Aguero for the Anfield clash, with Gabrial Jesus set to lead their attack. Meanwhile, the Citizens’ star midfielder Kevin de Bruyne knows the threat posed by Mohamed Salah and the Liverpool attacking unit.

The Egyptian has scored 37 goals this season and is rivalling De Bruyne for Player of the Year honours in England.

“To score that many goals in a season is unbelievable,” said De Bruyne.

“No-one expected it but he hit the ground running and Liverpool are an attacking force with the way the front three work together.”