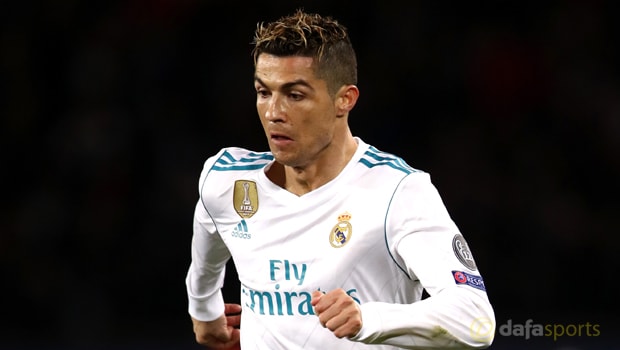 Both Zinedine Zidane and Massimiliano Allegri were unanimous in their praise for Cristiano Ronaldo after his wonder-goal in Real Madrid’s 3-0 Champions League win over Juventus in Turin.

The two-time defending European champions all but booked their semi-final spot with a convincing success on Italian soil, on a night when Ronaldo scored one of the all-time great Champions League goals.

The Portugal star became the first player to score in ten successive Champions League games as he struck twice for the holders.

He launched himself into the air and beat Gianluigi Buffon with a stunning acrobatic bicycle kick midway through the second period.

It brought the Juventus fans to their feet to applaud, such was the majesty of the strike.

Zidane, himself a former Juventus icon as a player, was first to pay tribute to his talisman. “You can say he’s one of the most beautiful players in the history of football,” said Zidane.

“He shows every time that he is a special player. He always wants to do great things in the Champions League and he never gets tired of doing it, that’s his great quality.”

Allegri admits the tie is gone for his side, but he lauded Ronaldo for taking it away from them in such style.

“I don’t know if Cristiano’s goal is the best in the history of football, but it’s certainly an extraordinary goal,” said the Juventus boss.

“You can only congratulate him for what he’s doing at present.”

Zidane’s team are 3.75 joint-favourites to win the Champions League for the third year running. Bayern Munich, 2-1 winners over Sevilla in Spain on Tuesday, are 4.00 to lift the cup.

Having inflicted pain on his former club, Zidane suggested Juve could easily have come out with a more positive outcome.

“It’s not easy to put three goals past Juve on their own field. We put in a great performance, but Juve also did very well, put us under pressure and had the chances to score goals, but we were more clinical,” he added.

“Of course Juventus aren’t happy with the result, but I will always have Juve in my heart.”