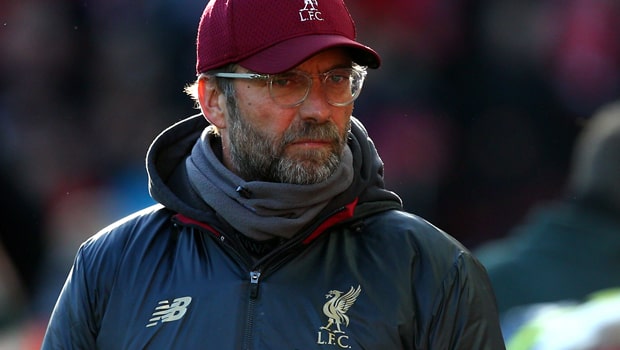 Jurgen Klopp has a selection dilemma ahead of Sunday’s Premier League game against Fulham at Anfield.

The Reds remain unbeaten in the league after 11 games, but they’ve stuttered lately, suffering two Champions League defeats and a Carabao Cup exit at the hands of Chelsea.

Klopp suggests that, for the first time this season, he has all his midfielders bar long-term absentee Alex Oxlade-Chamberlain fit for selection.

Skipper Jordan Henderson and Naby Keita are the latest to get the all-clear, with the England international having missed four games recently with a hamstring problem.

Klopp will want a strong response on Sunday against the Premier League’s basement team, having watched his side slip to a disappointing European loss at the hands of Red Star Belgrade on Tuesday.

The German says it will be tempting to give fit-again Henderson the nod.

“When Jordan is not available we always miss him,” said Klopp.

“It’s good to have them back, it’s probably the first time all the midfielders, apart from Ox are available. That means it’s another thing to do, who starts with who. It’s about form, fitness, shape.”

Both Henderson and defender Joe Gomez, who has had an Achilles problem this term, are in the England squad for upcoming games against the USA and Croatia.

Klopp says any discussion about his players with their international manager will remain private.

“That’s nothing to discuss in public to be honest,” he responded when questioned.

“We’ll see how we deal with that, it’s different with the two boys. If there is something to talk about I would talk to Gareth [Southgate].” Liverpool are 8.00 to beat Fulham 4-0 at Anfield on Sunday.